Controversial Ghanaian marriage and relationship expert, Counsellor Lutterodt has dropped yet another contentious comment about side chicks.

Luterrodt in an interview with Berla Mundi and Cookie Tee on TV3 NewDay, advised wives to treat side chicks better because God rewards men with more ladies when he is involved in their business.

He backed this up with a story from the Bible. Lutterodt also claimed that men who marry more than one woman will never die young. 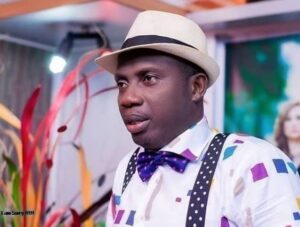 “According to the Bible, God sent a man named David to earth. When David arrived, he was so delighted that God commanded him to construct a church for himself.

Unfortunately, he noticed Uriah’s wife bathing, fell in love with her, and went for it. To add the female, he didn’t follow the proper procedure. He was a murderer.

‘Why did you do that so you won’t be able to build a temple?’ God asked. After then, he had a son named Solomon.

So, how many wives and side women does Solomon have when he builds a temple for God?

“God rewards you with more ladies when he is involved in your business.

Those of us who have only two spouses go through a lot of pain. A guy who marries more than one woman will never die young.” 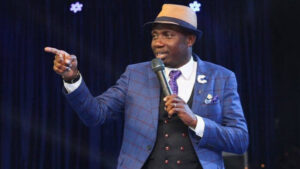 Cyril George Carstensen Lutterodt, popularly known as Counselor Lutterodt, is a controversial Ghanaian marriage counselor who has spoken about various issues in the country and has received backlash for some of his comments.

Counselor Lutterodt was married to a woman named Grace Love and they had two children. He is now married to Abigail Naa Yemoley.

In 2020, he claimed in an interview on Adom TV that rape victims enjoy the act and through the experience, some of them continue to have relationships with them. He was condemned by a number of persons in Ghana after making that statement.

A petition was also sent to the Ministry of Communications and NCA to ban Lutterodt from empanelled on all radio and television stations.

Woman, if you are the only one doing everything possible to make your marriage work,…

Men are not logical, they are more emotional than women

“I was her maid of honour at her wedding last weekend…

“Who I choose to love doesn’t make me less black” —…