Tiffany Haddish had a lot to say following the Supreme Court’s decision to overturn Roe. v Wade on Friday.

Prior to her hosting gig at Hollywood Unlocked’s second annual Social Impact Awards on June 24, the Grammy-award-winning actress told PEOPLE that the historic decision to prohibit abortion would have an adverse impact on marginalized communities.

Haddish also said she believed the news would lead to “more suffering” across the nation. 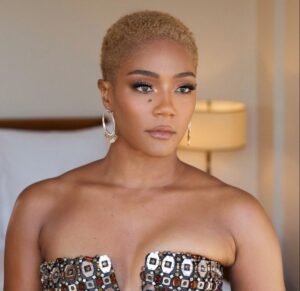 Roe v. Wade, which was enacted in 1973, granted women the right to have abortion in every state. On Friday, the Supreme Court ruled to reverse the 50-year-long precedent in a 6 to 3 vote. Now, each state will have the individual power to decide whether to provide the procedure.

Following the ruling, Oklahoma, Texas, and Arkansas were the among the states to completely ban abortion. Additionally, trigger-ban locations such as Idaho, Utah, or Tennesee plan to outlaw abortion either immediately, “or after a 30-day waiting period,” according to NPR.

Despite the unfortunate ruling, Haddish said she still wants to have children. The actress plans on adopting, but the process has been “very difficult,” according to the Primetime Emmy nominee.

Husband on the run after Kenya’s Tokyo Olympic star…

Mother realizes she’s been celebrating son’s birthday on the…