With a heavy focus on the simple pleasures of early 2000s dance-pop and arena rock, Rina Sawayama is likely one of hyper pop’s most accessible artists at the moment.

Listed below are 10 things women should know about this unique singer:

1. Rina Sawayama was born on August 16, 1990. She is a  Japanese–British singer-songwriter and model.

2. Born in Niigata, Japan, she emigrated to London with her parents at age five. In 2017, she self-released her debut extended play, Rina.

3. After signing to Dirty Hit in 2020, she released her debut studio album, Sawayama, to widespread critical acclaim. Her second studio album Hold the Girl was released on 16 September 2022.

4. Outside her music career, Sawayama has modelled for several fashion campaigns, and is set to make her film acting debut in John Wick: Chapter 4. 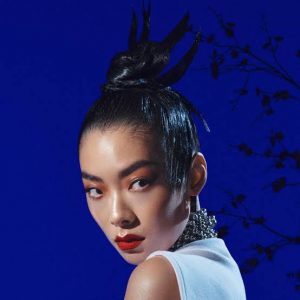 5. Sawayama attended Magdalene College, Cambridge where she studied politics, psychology and sociology. She graduated from the university with a degree in political science.

6. In May 2020, Sawayama revealed that she was doing an online course at the University of Oxford.In July 2020, she signed an open letter to the UK Equalities minister Liz Truss calling for a ban on all forms of LGBT+ conversion therapy.

7. In August 2018, Sawayama came out during an interview with Broadly, declaring: “I’ve always written songs about girls. I don’t think I’ve ever mentioned a guy in my songs, and that’s why I wanted to talk about it.” She identifies as both bisexual and pansexual.

9. Sawayama her debut album released in 2020, signposted the singer’s boundless potential. Remarkably genre-bending, the album veered maniacally from ’90s new jack swing to Y2K-era nu-metal and beyond, all anchored by her personal songwriting.

10. “STFU!” was released as the lead single to the then-unannounced album on 21 November 2019. It is a nu metal track and represents a change in direction for Sawayama.

This is why some Nigerian women don’t ask their…

Amber Rose distances herself from ‘immature’…