When he came for my hand in marriage, I left other suitors cos I loved him more and because of the way he cared about me.

He also promised to help me further my education since my family isn’t financially stable and I am the last born.

When I told him about it, he said that he won’t be like that forever, that I should just pray for him. This has left me broken cos I have never been with another man and the one that is supposed to be for me is hurting me.

My hubby doesn’t take me out or allow me go anywhere, not even to his shop. I have been there only once. I have asked him severally to find something for me to be do so that I can be financially independent but he keeps saying he’s working on it.

He’s wealthy but won’t for give me money in case I need anything. I will beg him money for my sanitary pad, recharge card, even for my hair, sometimes I ask for money to make my hair and he won’t give me.

But he makes sure the kids don’t lack. He has not done anything about furthering my education, and that is really affecting me. Sometimes, I feel as if my brain is shutting down.

We haven’t done our white wedding, and someone that haven’t wedded can’t receive holy communion in the church. This is really affecting me both physically and spiritually. I have cried and begged him, at least even if it’s a low key wedding with no party, not as if he doesn’t have the money for it, but he refused saying he will do that when he wants to.

We had an argument over that the last time I told him about it he said that I’m disturbing him, that if that would be a bone if contention between us then I should stop going to church.

When this man was coming for my hand in marriage, he was always at my place 24/7, goes out with me, showed me love and care. And I loved and trusted him so much that I vowed never to be with another but rather build my love and home with him. 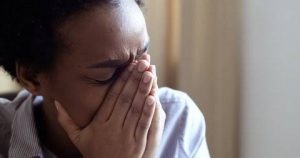 But all the love I had for him has vanished, the only time he knows I am his wife is in the night when he wants to have sex, and if I be the one to approach him for intimacy, he will turn me down.

I can’t remember the last time I asked my husband for a favor and he does it for me. But when he’s outside he’s a good man, spends as he wants. Mummy I am emotionally tired, I don’t feel anything for him anymore.

The last we had an argument, he said something about me not being his girlfriend and shouldn’t be requesting anything from him. I was pained, and anytime he leaves the house, I kinda feel relieved but whenever I remember him, sadness overwhelms me.

I have been praying for God’s intervention in my marriage cos I don’t feel loved at all, he’s has abused me both verbally and physically.

Recently, I can’t stand his presence anymore and even to be intimate with him is hard for me, cos the thought of knowing that after all that he still cheats. He only thinks about his welfare, while my life is stagnant.

He doesn’t celebrate my birthdays but on his birthday, I cook three different kinds of food and send him a birthday text. I am not the kind of lady that complains much but whenever I speak out about something thing is really bothering me he doesn’t understand that.

He will come back and if I want to talk with him, he will say he wants to rest.
Then ,anytime he ever listens to me is because he wants s£x at the moment but if I ever ask him about what we agreed on, he will say that I am disturbing him.

I used to go to his phone but have stopped, the last time I did was on February. I saw n@ked woman on his phone, this is a lady he brought into our house while I travelled on Christmas.
He has his manager’s n@ked video on his phone, he videoed her while she was sleeping but she doesn’t know.

The ladies on his phone were sleeping while he snaps them, maybe after he’s done have s£x with them. It was last year that my elder sister told me of how he used to ask her out when recently we married.

He even took my second sister to a hotel but she refused to do anything with him. I am heartbroken.

DJ Cuppy is engaged to her boyfriend, Ryan Taylor

“P0rnography destroyed my family but Jesus will heal…

10 types of women men need in their lives

If a man loves you, you will know