Angela Bassett continues to be a trailblazing titan in the entertainment industry.

The veteran actress’ Golden Globes win in the Best Supporting Actress category on Jan. 10 made her the first performer to receive a Globe for an acting role in a Marvel movie.

Bassett’s win is tagged to her role as Queen Ramonda in 2022’s Wakanda Forever, the second film released in Marvel’s Black Panther franchise.

In her acceptance speech, Bassett shared the emotions surrounding the making of Black Panther: Wakanda Forever. She also paid  tribute to her late cast mate, actor Chadwick Boseman, who passed away in 2020 after a battle with cancer. 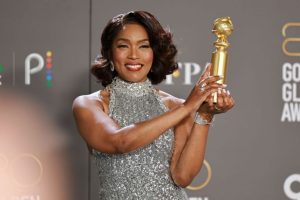 Angela Bassett said: “We embarked on this journey together with love. We mourned, we loved, we healed. And we will be surrounding each and every day by the light in the spirit of Chadwick Boseman.”

She further shared, “We have joy in knowing that with this historic Black Panther series, it is part of his legacy he helped lead us to, we showed the world what black unity, leadership and love looks like beyond, behind and in front of the camera.”

As Angela Bassett wrapped up her acceptance speech at the Golden Globe Awards, she had a special message for the legions of Marvel fans around the world, “thank you for embracing these characters and showing us so much love. We just made history with this nomination and with this award. It belongs to all of you, all of us.”

Body of reigning Mrs. Dallas pageant queen was found in…

10 ways to know a man is not interested in you

Super TV CEO murder: Suspect conspired with others now at…