A Facebook user, Afolashade Shallom Asha is wondering why insecure men are not getting treatment for their behaviour and why society validates their insecurities as if it were a good thing.

“The sad thing is there are women out there validating men’s insecurities and allowing these insecurities to control their actions and greatness. And of course they call it “compromise“.

I want to understand how insecure men are never taken for therapy of sorts, instead their insecurity is validated as if though it were a good thing.

I always ask women, if your best friend told you she was not comfortable with your earning more than her, you would be irritated and probably will end the relationship but if your man told you the same, many women would go ahead and not accept promotions or would begin to adjust their lives to avoid intimidating their men. Why? 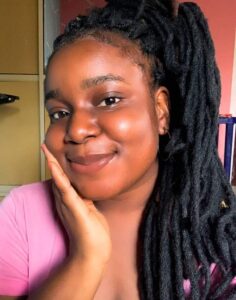 Many would even find it very disturbing that their friend is not happy about their success, why then is it considered normal that your husband isn’t?

Why is it normalized so much that there are seminars out there to help you help your husband be comfortable with your success?

Many women have become shadows of themselves, daily tailoring themselves to suit a man’s insecurities, they have changed the way they dress, the language they speak, their friends, the pictures they post, their happiness, some have given up jobs and many women have just given up on themselves in total for something that should be treated as a mental malfunction.

Somebody’s son would randomly call to ask where I am and what I was doing and then “casually” ask me to send a picture.

One day I asked him what was going on and he said he’s “naturally” like that. 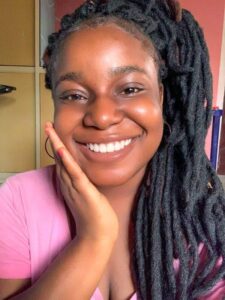 Whenever he calls and I don’t pick, he starts having mental images of me being with another man.

I told him “Bro I’m sorry you’re going through that, it must be tough on you to have to live with such mental health issues, next time you feel that way, call a therapist, not me”.

Dude was going to normalize something he should be getting treatment for, talmabout “I’m naturally jealous”. Nah, you suffer from a mental illness and I’m not going to alter my life to fit something that abnormal.

There are women who can’t have a good time out with their friends because they have chosen to pamper a man’s insecurities, rather than encourage him to seek help.

Some of these men are out here bragging about their issues and expecting women to adjust themselves to it.

You’d hear them say “You know I have trust issues, you shouldn’t have….”Sounds like a YOU problem Sir.”

10 things expected from Nigerian women in relationships and marriages

Who is an enabler and what is enabler psychology?

How can you cry because of a woman?’ – Reno Omokri berates men who weep…

Women can be happy without marriage and children