#BBNaija: “If many of you had Angel’s confidence you will go naked” – Blessing Okoro tells Angel’s critics

Relationship expert, Blessing Okoro has slammed those criticizing Big Brother Naija season 6 housemate, Angel for her choice of dressing in the house.

The 21-year-old housemate parades scantily dressed in the house and recently she deliberately opened up her private part in the presence of fellow housemate, Queen and Whitemoney.

Angels actions was not well welcomed by viewers who took to social media to drag her to filth. Reacting to this relationship coach, Blessing Okoro noted that if many of critics had her confidence they would have done the same. 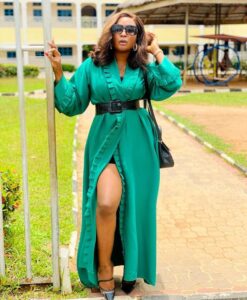 “Leave Angel alone, please. If many of you had her confidence, you will walk around naked pass her. Leave her if she comes outside, we go wear her clothes. Rest abeg. it’s getting really annoying the way all these girls are quick to drag another person. Many of una wan show body na opportunity na una never get. Shut up please,” she said.

She berated Nigerians for showing massive support for Big Brother Naija housemates after they’re disqualified from the show for breaking house rules.

“Before you know it now, disqualification will be a faster way of cashing out than even winning BBNaija, because the way we dey glorify bad behaviour is getting out of hand.” 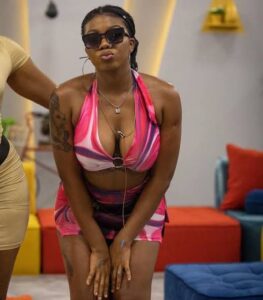 Blessing Okoro added the caption: “Like I don’t understand this people called Nigerians. Bunch of confusing.”

Recall that Tacha, like Erica, was disqualified for multiple infringements of rules in the reality TV show.

Right after her disqualification, the reality got money gifts from celebrities and her fan (Titan), across the country. She was also gifted a Mercedes Benz.

Just like Tacha, Erica’s fans all over the world raised a whooping sum of 15,000 dollars in less that 48 hours their queen, Eric was evicted from the show.

What happens if a woman offers a man condom before sex?

Men, what kind of head are you?