Woman sues her friend for snatching her husband

A Zimbabwean woman has sued a former family friend for reportedly snatching her husband.

Marvelous Marufu who is demanding US$50,000 as damages from Ratidzo Nyamuchengwa who works with her husband, claimed she suffered “humiliation, pain and suffering” following the loss of her spouse and love.

In a High Court filing, Marufu revealed that her husband Albert Mhondoro upgraded their customary law union into a monogamous civil marriage on March 19, 2018. 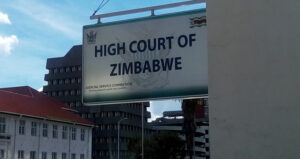 Revealing that the defendant bought her a wedding gift after the upgrade, Marufu said she uncovered her husband’s infidelity when she overheard him on the phone with Nyamuchengwa, professing love for her.

“Defendant (Nyamuchengwa) even purchased a wedding gift for the plaintiff (Marufu). This notwithstanding defendant enticed and alienated plaintiff’s spouse’s affection from plaintiff and harboured him in adulterous relationship.

“At all material times the defendant was aware of the marital status of plaintiff’s husband and moreover she would visit plaintiff’s home, sometimes in the company of her husband Terrence Mawire, such that they eventually became family friends.”

Marufu said as a result of Nyamuchengwa’s adultery with her husband, she has lost love, affection and companionship of her husband who moved out of their matrimonial home on December 26, 2020. She claims Mhondoro is now cohabitating with Nyamuchengwa, who has also ditched her husband Mawire.

There are no husband snatchers anywhere. It is husbands who give these ladies the opportunity to come between them and their wives. It is men who should be held responsible for desecrating their marriage vows.