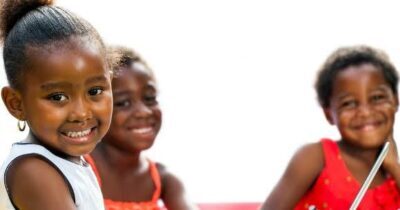 One of the worst things Nigerian parents can do to their daughters is raise them to be financially dependent on men.

There’s no sense in paying heavy school fees only for your girls to be wasting away in miserable marriages instead of taking their places at the top.

Your daughters should be successful. They should be rich. Your girls should have cars and build houses. They shouldn’t be financially limited because of their gender.

They shouldn’t be taught that it will make them fulfilled to be wives of rich men. These girls shouldn’t be hounded to give up their own means of making money just to please husbands. That’s hogwash.

Girls shouldn’t be taught that their dreams of being successful should be buried for their men. Stop telling them that doing that means they will be submissive and virtuous women.

Stop raising girls who don’t know anything about money, investments and businesses. Raise financially empowered daughters. They will make you proud.

Stop raising girls who believe they have to dumb down themselves for their men to feel powerful. Your girls shouldn’t hide their intelligence and knowledge because of insecure men.

Do parents raise their sons and daughters differently? Nigerian parents do. They raise good, domesticated and well behaved girls for badly raised boys. This imbalance needs to be corrected by the next generation.

While Nigerian parents may not intend to treat their sons and daughters differently, the present reality of how men and women live their lives and treat their partners clearly show that they do.

In Nigeria, sons get preferential treatment when they misbehave compared to their sisters. Girls are vilified for the same wrong that boys are excused for. That’s why I hate that phrase ‘boys will be boys’.

Some Nigerian parents also invest more time raising their daughters while allowing their sons learn what they can from the streets. The funny thing is that boys are believed to have higher abilities than girls.