The husband of late gospel singer, Osinachi Nwachukwu, has been arrested by the Federal Capital Territory police command.

Mr Nwachukwu was arrested by men of the Lugbe police division yesterday April 10 after the brother of the late singer reported a case of suspected homicide to the police. This comes amidst reports he had incessantly subjected the late singer to domestic violence.

According to some allegations made by her close friends/colleagues, the late singer was placed on life support after her husband kicked her on her chest during a recent attack on her.

The police confirmed the arrest and stated that investigations are ongoing.

Yesterday, the late singer’s elder sister who died last week of alleged throat cancer of the throat revealed to Vanguard Metro that, her sister died as a result of a cluster of blood in the chest from the kicking she got from her husband, Mr Peter Nwachukwu.

“Osinachi Nwachukwu did not die of cancer. The husband, Mr Peter Nwachukwu hit her with his leg on the chest. All this while, he has been beating her but my sister hides all that she was passing through from us.”

“Before now, we have told her to come out of the marriage, we told her that they are not divorcing and that it’s just a separation. But she felt that God is against divorce.” 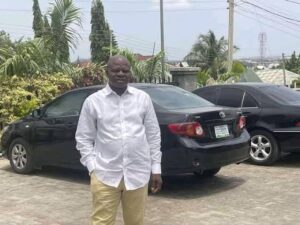 “We told her that separation is not a sin but just for her to stay alive and take care of her children. She will always tell us to relax and that the man will change.”

“So when the man kicked her in the chest, she fell down and he took her to the hospital but he did not even tell us.”

“It was her friend who lives in Ebonyi state that called her twin sister because Osinachi has a twin sister, to ask, ‘did your sister tell you that Peter hit her on the chest? the sister then told her no.”

“Unfortunately, they didn’t tell the doctor that she was kicked in the chest because the doctor could have known what to do if he had an idea of what happened.”

“Each time we talked to her, she will be pleading for peace and if we move to act, she will tell us no, that we should calm down.”

How I lost five siblings to sickle cell disease

Decades of marriage without cheating is impossible says a…